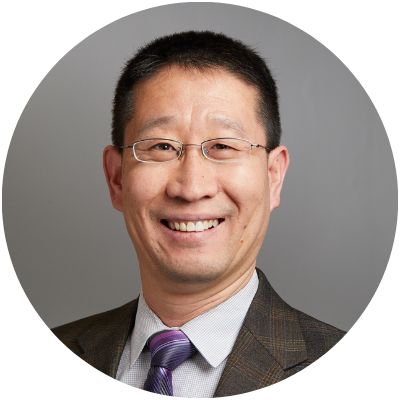 Brian received his PhD in nuclear engineering from Rensselaer Polytechnic Institute in 2005 and privatim BA from Yale University in 2019. He worked as a faculty medical physicist in the Department of Radiation Oncology at Cooper University Hospital from 2005 to 2007, where he received his clinical training. He joined the University of Utah as an assistant professor in 2007, where he specialized in LINAC-based stereotactic body radiotherapy (SBRT) and stereotactic radiosurgery (SRS). Brian moved to University of Louisville in 2013 to lead the physic team. In 2019, Brian became the Director of Radiation Oncology Physics at Yale New Haven Hospital, leading all the physics, dosimetry, and engineering teams. In 2022, Brian joined Junxin Oncology Group in China as the CTO, serving the local Chinese cancer patients. He is a Fellow of AAPM and an oral board examiner for ABR. Brian is on the presidential chain of NACMPA and a board member of SANTRO. Brian joined the RSS Physics Committee in 2012 and became Chairman in April 2021. 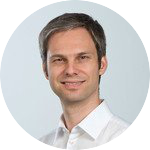 Christoph joined the European Radiosurgery Center in Munich, Germany in 2007 and is their chief medical physicist. In 2007, he received his PhD from the Atomic Institute of the Austrian Universities and the Medical University with his thesis, Thermoluminescence Dosemeters as Biologically Relevant Detectors. He was a guest researcher at the Heavy Ion Medical Accelerator facility (HIMAC), National Institute of Radiological Sciences (NIRS), Chiba, Japan and a research assistant at the Clinic for Radiotherapy and Radiobiology, Medical University of Vienna. His research areas of interest were in dosimetry and radiobiology in particle fields, cellular signaling, bystander effects. Along with being a member of the Radiosurgery Society (RSS), Christoph is member of the German Society for Medical Physics (DGMP), Austrian Organisation for Radiation Protection (OeVS), and the Alumni Organisation of Vienna Technical University. Christoph became Vice-Chairman in April 2021 and serves as Chairperson of the Treatment Planning Sub-Committee. 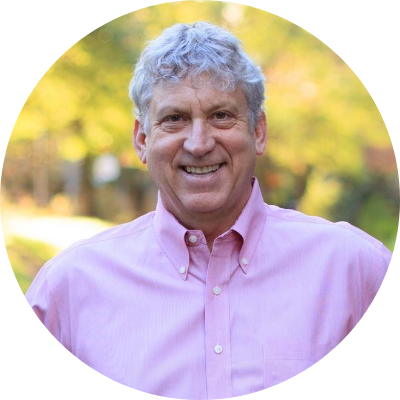 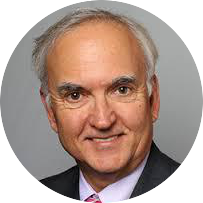 Steve Goetsch is a clinical medical physicist in San Diego County, California. He received his PhD in Medical Physics from the University of Wisconsin Madison in 1983 and directed the Accredited Dosimetry Calibration Laboratory there for 7 years. After 4 years at UCLA Medical Center, he became Chief of Physics at the San Diego Gamma Knife Center and also works at Palomar Medical Center and the University of California San Diego Cancer Center in Chula Vista. Steve is Chairman of AAPM Task Group 178 on Gamma Stereotactic Radiosurgery Dosimetry and Quality Assurance. He is a member of AAPM, ASTRO, ISRS and the Health Physics Society. Steve joined the RSS Physics Committee in March 2012. 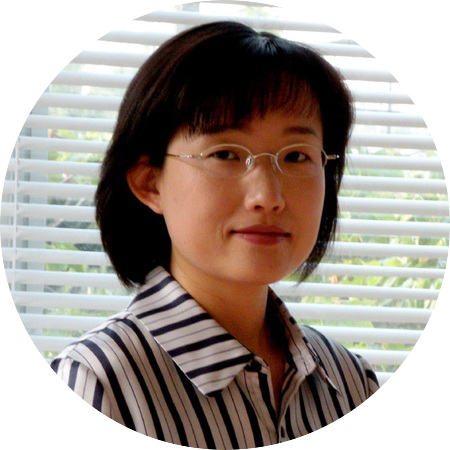 Dr. Kim received her doctoral degree in 2001 at Yonsei University in her native Korea. After her graduation, she worked as scientific officer for 7 years in the Medical Device Safety Bureau at the Ministry of Food and Drug Safety in Korea. Dr. Kim completed her post-doc fellowship in the Department of Radiation Oncology at Stanford. She was recruited to join the Department of Radiation Oncology at the UC San Diego in 2009.

She currently serves as a reviewer on American College of Radiation Oncology (ACRO). For the American Association of Physicists in Medicine (AAPM), she is a member of the Calibration Laboratory Accreditation Executive Committee and subcommittee, Task Group 262, Task Group 275, Task Group 292, working group on RO-ILS and a vice-chair of Working Group on Prevention of Errors in Radiation Oncology. 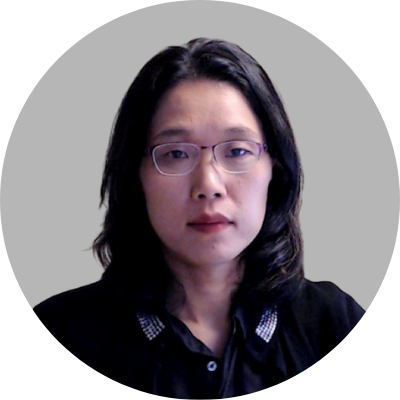 Dr. Kim received her Ph.D. degree in Applied Mathematics from the University of Washington in 2010 and is currently an Associate Professor at the University of Washington. She serves as the Clinical Physics Lead at the University of Washington Medical Center and Associate Program Director of Medical Physics Residency Program. Her research focus is on the optimal design of radiotherapy and management of cancer therapy. Dr. Kim has extensive clinical experience in LINAC-based stereotactic radiosurgery, GammaKnife, and stereotactic body radiotherapy. Her current clinical interests include stereotactic body radiotherapy and patient safety programs. She is involved in the professional activities of the American Board of Radiology, American Association of Physicists in Medicine, and Practical Radiation Oncology Editorial Board. She joined the RSS Physics committee in 2021. 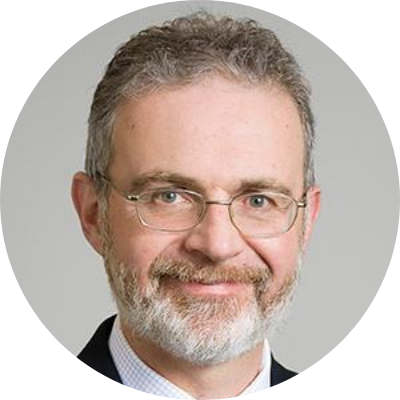 Matthew earned his Ph.D. in Medical Physics from the University of Wisconsin, Madison in 1993. He currently serves as Chief Physicist in the Department of Radiation Medicine at Roswell Park Comprehensive Cancer Center in Buffalo, NY, a position he has held since 1998. He also holds an Associate Professor appointment in the Jacobs School of Medicine and Biomedical Sciences at the University at Buffalo (UB), and he has mentored numerous Master’s and Doctoral students enrolled in UB’s CAMPEP-accredited medical physics graduate program.

Dr. Podgorsak is an associate editor for the Journal of Applied Clinical Medical Physics and as a reviewer for several other journals, including the International Journal of Radiation Oncology, Biology, and Physics; Physics in Medicine and Biology; Radiology and Oncology; and Medical Physics. Dr. Podgorsak joined the RSS Physics Committee in July 2020. 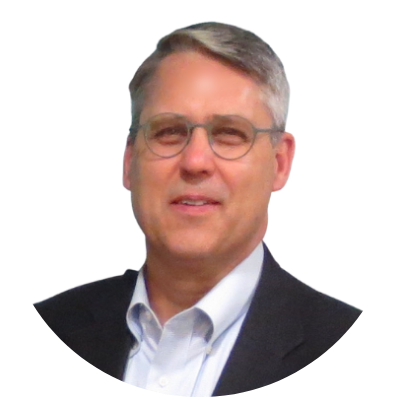 Dr. Solberg has extensive experience in the field of stereotactic radiosurgery, including installation, commissioning and clinical implementation of multiple systems/modalities, (Varian 600SR, Novalis, Novalis Tx, TrueBeam STX and Vero linac systems, CyberKnife G4, and GammaKnife Perfexion and ICON units. He has participated in the planning and delivery of over 4000 clinical cases, across the full range of indications. Dr. Solberg was senior author on the ASTRO white paper Quality and Safety Considerations in SRS and SBRT, and co-author on the AAPM Task Group Reports 101, Stereotactic body radiation therapy, and 68, Standards for relocatable stereotactic head frames. He has an extensive publication record in SRS/SBRT, including multiple books and book chapters. He has served on the Boards of Directors of the American Association of Physicists in Medicine, the International Stereotactic Radiosurgery Society, and the American College of Medical Physics.

Beyond radiosurgery, Dr. Solberg’s expertise is quite broad, and includes all aspects radiation physics and radiation oncology; medical imaging; clinical trials; medical informatics, artificial intelligence, and clinical decision support systems; proton therapy; and health policy, regulation, legislation and economics. Dr. Solberg has over 25 years experience in the medical device/software, medical physics and oncology fields, leading academic departments including UCLA, Penn and UCSF, and most recently, serving as the Senior Advisor for Medical Devices and Software in the Office of the Commissioner in the US Food and Drug Administration. 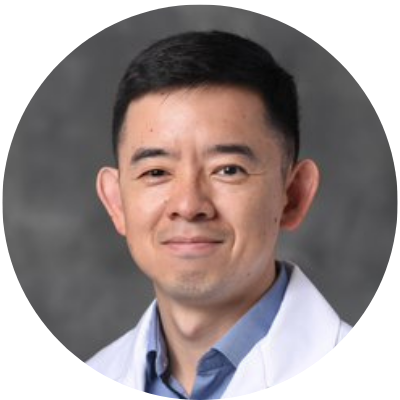 Winston (Ning) Wen completed his PhD degree from Wayne State University and MBA from the University of Michigan. Winston has strong interests in many aspects of professionalism in medical physics including clinical care, research and education. He served as the Director of Clinical Physics at Henry Ford Health System and the Co-director of a stereotactic radiosurgery course at Henry Ford which has trained over 300 clinicians/physicists/therapists in the last five years. He has been a principal investigator on a Research Scholar Grant from the American Cancer Society and a co-investigator on several NIH or industry-funded research grants. His current research interest is to apply supervised and unsupervised machine learning algorithms to analyze omics data derived from medical images and cancer genome for patient risk stratification and treatment response assessment. 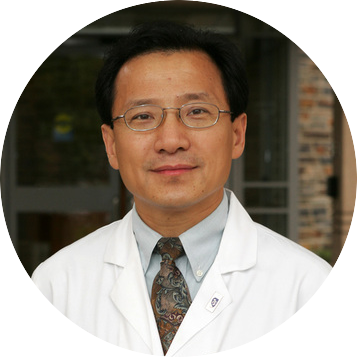 Dr. Yin received his PhD in medical physics from the University of Chicago, Illinois in 1992. Currently, He is the Professor and the Director of Radiation Physics in Radiation Oncology Department at Duke University.

His primary research interests are imaging and artificial intelligence as well as their applications in the process of radiation therapy. He has published over 320 refereed papers and numerous book chapters and has been a Fellow of both the American Association of Physicists in Medicine and American Association of Radiation Oncology.

Dr. C-M Charlie Ma received his PhD in medical physics from the University of London, London, UK in 1992. Dr. Ma continued his radiation therapy research and postdoctoral training at the Institute of Cancer Research and Royal Marsden Hospital, London, UK. He was a research officer at the National Research Council of Canada, Ottawa from 1993 to 1996, and an associate professor at Stanford University, Stanford, CA from 1996-2001. Currently, he is Professor, Director of Radiation Physics and Vice Chairman of the Department of Radiation Oncology at Fox Chase Cancer Center, Philadelphia, PA. Dr. Ma is specialized in Monte Carlo dose calculation, radiation dosimetry, image guidance, treatment optimization and delivery for intensity-modulated photon therapy, and energy- and intensity-modulated electron and proton beams for radiation therapy. He has edited 4 books and published more than 20 book chapters and 150 peer-reviewed journal articles in these areas. 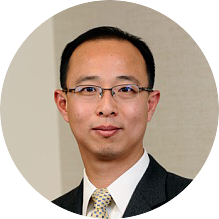 Dr. Jun Yang received his Ph.D. in Biomedical Engineering from University of Miami in 2006. He served as the chief physicist at Philadelphia CyberKnife in Pennsylvania and as adjunct clinical associate professor at Drexel University. Prior to joining Philadelphia CyberKnife, Dr. Yang practiced as a medical physicist at the University of Miami. Dr. Yang is now with Junxin Oncology Group & Foshan Chancheng Hospital in China.

Dr. Yang has managed thousands SRS/SBRT cases and has authored and co-authored numerous publications on medical physics with emphasis on radiosurgery physics, radiobiology and clinical outcomes. Dr. Yang is a member of the American Association of Physicists in Medicine (AAPM) and American Society of Radiation Oncology (ASTRO). He participated several task groups of AAPM related to radiosurgery and he has served the RSS Physics Committee since 2011.