The RSS Board of Directors 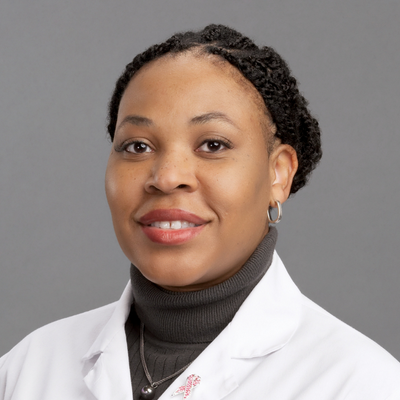 Dr. Iris Gibbs is a Professor of Radiation Oncology and Associate Dean of MD Admissions at Stanford Medicine, where her clinical and research expertise are pediatric and adult brain tumors, and robotic radiosurgery. As former Co-Director of Stanford CyberKnife Radiosurgery program, Dr. Gibbs contributed to building world- renowned clinical programs for the innovative radiation treatment of central nervous system tumors and robotic radiosurgery. Dr. Gibbs has served as committee chair for RSS and is a dedicated member of the International Stereotactic Radiosurgery Society (ISRS).

In 2014, Dr. Gibbs was appointed as Associate Dean for Medical School Admissions of Stanford Medicine. She is a 2015 Hedwig van Ameringen Executive Leadership in Academic Medicine (ELAM) Fellow and a fellow of the American Society of Radiation Oncology, American College of Radiology, and Association for Women Radiologists. In addition to leadership service roles for Radiological Society of North America (RSNA), American Society of Radiation Oncology (ASTRO), and the American Board of Radiology (ABR), Dr. Gibbs is the immediate past chair of the Section on Radiology for the National Medical Association. 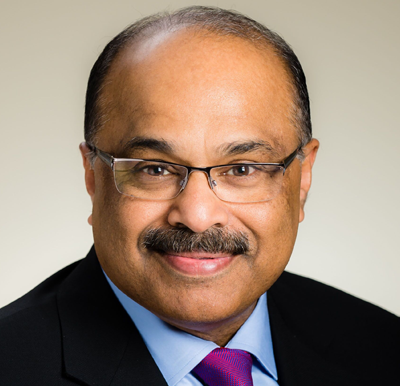 Dr. Najeeb Mohideen is a Radiation Oncologist at Northwest Community Hospital in Arlington Heights, Illinois. A champion for innovation, he is a recognized leader in the study and technological advancements of radiation oncology.

Dr. Mohideen completed his medical degree from the Armed Forces Medical College Pune, and Radiation Oncology residencies from the Royal College of Radiologists, London, UK and Loyola University Medical Center (LUMC), Maywood, IL. He joined the faculty of LUMC and was an Associate Professor in Radiation Oncology and Urology at Loyola prior to joining Northwest Community Hospital.

Berend (Ben) J. Slotman, MD, PhD, FASTRO, FARS, HFACR, is Professor and Chairman of the Department of Radiation Oncology at Amsterdam University Medical Centers, The Netherlands. He is an expert in the field of SRS/SBRT and has co-authored more than 450 peer-reviewed publications and has coordinated numerous clinical trials. He is finishing his term as President of ESTRO in May of this year and is a long-term advocate for SRS/SBRT in the international community.

His expertise lies mainly in the field of radiotherapy for lung and brain malignancies and the early clinical implementation of new technologies. He has (co-)organized many conferences and has coordinated a number of trials, including the EORTC study on prophylactic cranial irradiation in extensive-stage small cell lung cancer (published in New Engl J Med 2007) and the international randomized trial on the role of thoracic irradiation in these patients (published in The Lancet 2017). His research activities are further concentrated on intra- and extracranial stereotactic radiotherapy and the introduction of various new technologies in radiotherapy, most recently being stereotactic MRI-guided adaptive radiotherapy. He is associate editor of the Journal of Radiosurgery and SBRT.

He was awarded an honorary fellow of the American College of Radiology in May 2017 and received the Jacob Fabrikant award of ISRS in June 2017. In 2018 he was awarded as FASTRO. He is past-president of the American Radium Society (2017-8), was a member of the Board of ISRS (2013-2017), became president of ESTRO in 2020, and has been on the Board of Directors of the Radiosurgery Society since 2016.

Dr. Michael Schulder is Vice Chair, Residency Program Director, and Professor of Neurosurgery at the Zucker School of Medicine at Hofstra/Northwell, where he also serves as the Director of the Brain Tumor Center, and the Co-Director of the Center for Radiosurgery and Stereotactic Radiation.

In practice for over 23, years, Dr. Schulder trained in SRS at the University of Florida and at the Brigham and Women's Hospital. His experience includes treating patients with the X-Knife, CyberKnife, Novalis, Varian, and Gamma Knife systems. A member of RSS since 2003, Dr. Schulder believes strongly that SRS programs and the entire field are best advanced by surgical specialists working together with radiation oncologists. 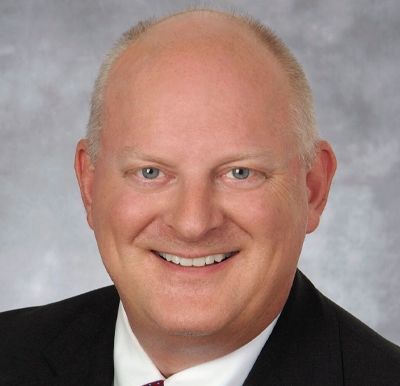 Dr. John Kresl is an internationally recognized expert in stereotactic radiosurgery and stereotactic body radiotherapy and has been Visiting Professor at a number of medical centers and universities in the USA and abroad and is frequently an invited lecturer at seminars throughout the world. Dr. Kresl serves as the current Medical Director of the Phoenix CyberKnife and Radiation Oncology Center, and Managing Partner for Palo Verde Cancer Specialists and Radiation Oncologists of Central Arizona (ROCA), and is the Chief Medical Officer for Select Healthcare. He has served as Co-medical Director of the CyberKnife & Gamma Knife Programs and Assistant Director for the Center for Thoracic Disease at St. Joseph’s Hospital & Medical Center and Barrow Neurological Institute in Phoenix, Arizona until 2008, and Medical Director of the Department of Radiation Oncology at Banner University Medical Center-Phoenix, Arizona until 2018, and Chief Medical Director for Alliance Oncology, Irvine, California until 2015. Dr. Kresl maintains an active clinical practice in radiation oncology for all tumor sites.

Dr. Kresl has served as the principal investigator and co-investigator on clinical protocol investigations and has published more than 250 abstracts, manuscripts, book chapters and textbooks related to the field of radiation oncology and the discipline of radiosurgery/SBRT. He also was or remains the editor/editorial reviewer for several textbooks and publications. Dr. Kresl’s involvement in oncology research has led to two registered U.S. patents for novel methods of diagnosing and treating cancer, and co-founding of two biotech companies and one software as service company. Dr. Kresl remains involved in radiation oncology research and development as an active advisory board member for Varian, ViewRay and Reflexion, and past advisory board member for Accuray, Elekta, BrainLab, and Radion. 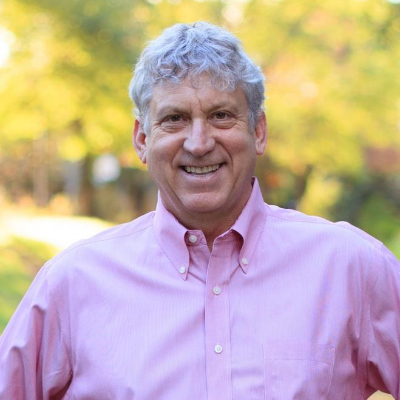 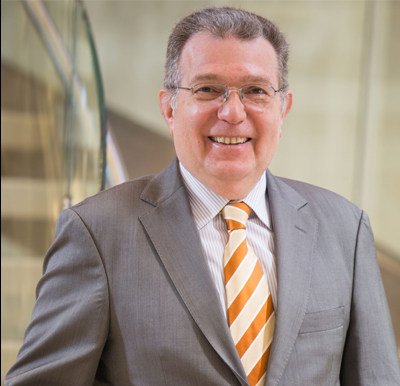 Dr. Shalom Kalnicki is Professor and Chairman of the Department of Radiation Oncology at Montefiore Medical Center and Albert Einstein College of Medicine. A physician, researcher and instructor, Dr. Kalnicki has led this internationally-recognized radiation oncology department since 2004.

Dr. Kalnicki’s radiation oncology research has had implications for treating brain, head and neck, thoracic, upper abdominal and pelvic malignancies and includes quality-of-life issues such as socio-economic disparities and the impact of family caregiver support on patients’ compliance. 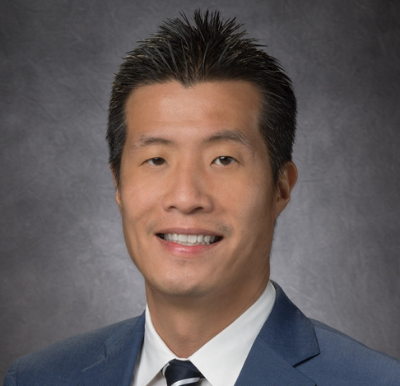 Dr. Lee has research interests in applying novel technologies such as MRI-guided radiation therapy in the clinic and led the clinical implementation of the MRI-guided radiation therapy program at UCLA as the 3rd site in the world with this innovation. He is a national PI for a number of cutting-edge trials using SBRT for thoracic and pancreatic cancer, some of which leverage the use of SBRT with novel immunotherapeutic agents. He has co-authored more than 150 peer-reviewed publications, many of them on the expanded role and evidence for SBRT in various clinical settings. He has served in various leadership roles within national organizations such as ASTRO, ABR, ARS, ACR, and RSS. With RSS, he has been an active member of the scientific meeting planning committee, invited for speaking and moderating roles at the scientific meetings as well as webinars. He believes that the RSS is a great conduit to wider adoption of radiosurgery in the community and fostering clinical and technical innovations to increase its reach. Dr. Lee joined the RSS BOD in April, 2021. 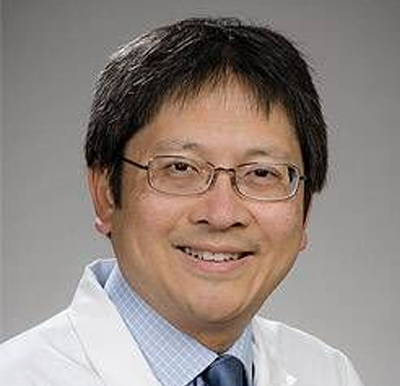 Dr. Simon Lo is Professor and Vice-Chair for Strategic Planning of Radiation Oncology and Professor of Neurological Surgery as well as the Director of SBRT at the University of Washington Department of Radiation Oncology in Seattle, Washington. He is also the Co-chair of the Appointment and Promotion Committee and a member of the leadership team for Leading Academic Participating Site of NCTN, Fred Hutchinson Cancer Research Center.

Dr. Lo has edited 8 textbooks with 5 comprehensive textbooks in SRS/SBRT and published over 240 full peer-reviewed papers, a majority of which focused on SRS/SBRT for all body sites and has led the SBRT programs in 3 NCI-designated Comprehensive Cancer Centers. He has led or participated in numerous practice guidelines in SRS/ SBRT, brain metastases, primary brain tumors, spinal metastases, and bone metastases. Dr. Lo was also a member of the American Board of Radiology CNS/ pediatrics committee. He is a co-founder and core member of the International Radiosurgery Oncology Consortium for Kidney (IROCK). He is the Immediate Past President of CARROS (Radiation Oncology Chapter) and the Assistant Councilor (American Radium Society Representative) of the American College of Radiology. He is the Radiation Therapy Panel Chair for the AANS/CNS low-grade glioma guidelines.

Dr. Lo joined the RSS Board of Directors in 2019 and served on the 2022 RSS Scientific Meeting Planning Committee and is the Medical Director of the ACRO-RSS Distinction in Practice in Stereotactic Radiotherapy Accreditation Program. 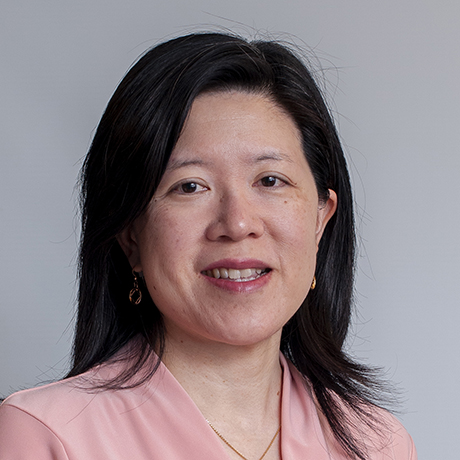 Helen Shih, MD, is a radiation oncologist with multiple interests in clinical care, research, education, and administrative leadership. She is a Professor of Radiation Oncology at Harvard Medical School and a practicing radiation oncologist at MGH. Following completing her residency at MGH in 2005, she has remained on staff and leads the Central Nervous System (CNS) and Ocular Services in the Department of Radiation Oncology. Her patients comprise a wide range of malignant and benign tumors and non-tumor indications for radiation treatment. Her research interests reflect her patient populations, specifically to improve patient care and outcomes, reduce radiation treatment-related toxicity, and to advance radiotherapy tools with specific attention to the role of proton therapy. She is the Medical Director of the MGH Proton Therapy Centers. She is also an advocate for education of every level of medical training for physicians and other staff alike. She previously served as the departmental medical school clerkship director, residency program director, and proton fellowship director. She enjoys mentorship and teaching of her trainees, and of junior faculty, both within her department or in other disciplines or institutions. She has led many roles beyond MGH, such as CNS Section Editor of the International Journal of Radiation Oncology * Biology * Physics and CNS Scientific Program Chair of the American Society of Radiation Oncology (ASTRO) Annual Meeting. Beyond radiation oncology, Dr. Shih has a second passion in drug addiction which extends to other areas of education, prevention, community leadership, and research. Dr. Shih joined the RSS BOD in April 2020. 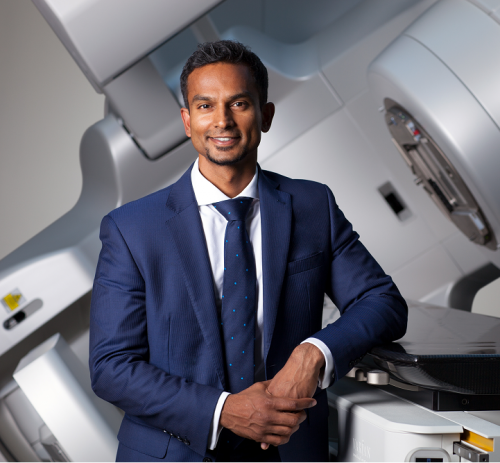 Dr. Siva is an Associate Professor Radiation Oncology, Peter Maccallum Cancer Centre, Victoria, Australia. Shankar is a Radiation Oncologist and NHMRC fellow at the Peter Mac and leads the Stereotactic Ablative Body Radiotherapy (SABR) program and Australia's first dedicated SABR clinic. He completed his PhD with the Molecular Radiation Biology (Martin) Laboratory focusing on translational investigations in precision high-dose lung radiotherapy. He published the first original research from Australia on the use of the SABR technique.

Shankar leads multiple clinical trials in the treatment of lung and urological cancers at the Peter Mac, and is chair of three TransTasman Radiation Oncology Group (TROG) studies in the fields of oligometastases, lung and kidney cancers. He is Co-Chair of the TROG Genitourinary Group, is an executive member of Radiation Oncology Research Committee (RORC) of the Royal Australian and New Zealand College of Radiologists (RANZCR) and Management Advisory Committee (MAC) of the Australasian Lung Cancer Trials Group (ALTG) amongst other leadership roles. He has research interests in high-tech radiotherapy delivery, radiation biology and radiation immunology. Dr. Siva joined the RSS Board of Directors in April 2020.

Have questions about the RSS?